As you know that Baltoy can be shiny Baltoy. Now, after Baltoy evolves, it can turn to be Claydol. The question is, can Claydol be shiny Claydol in Pokemon Go? If it can be a shiny Claydol, how is the form of this pokemon? Let’s find out the information about it along with the other information related to Claydol.

How is the form of Shiny Claydol? It only has one distinct difference when it is compared to its normal color palette namely its eyes. The color of Claydol’s eyes is red, but in Shiny Claydol, the color of its eyes is yellow. And the color of the other parts of its body is still the same as the normal Claydol where the body is black and the accents are white.

How about the stats of Claydol in Pokemon Go? Claydol is a pokemon which is a ground and psychic type. It has a max CP of 2229 and 140 attack. Besides, this pokemon also has 229 defense and 155 stamina. Claydol originally was able to be found in the Hoenn region (Gen 3). This pokemon is vulnerable to several types of moves such as Dark, Bug, Ghost, Ice, Grass and Water type moves. By Sunny and Windy weather, this pokemon is boosted. What are the best moves owned by Claydol? Those are Confusion and Psychic (8.68 DPS).

Claydol is vulnerable to these types of moves according to Pokemon Go Info.

Claydol is resistant to these things.

Claydol is a pokemon Generation 3 and the category of this pokemon is non legendary. The base flee rate of Claydol is 6% and the buddy distance is 3 km. The Claydol’s height of pokedex is 1.5 m and the weight of pokedex is 108.0 kg. How many bonus candy on capture is it ? The answer is 2 and bonus stardust on capture is 200. Claydol is able to be put in a gym and it is able to be transferred. Do you know the stardust cost for second charge move? It is 50000. Now, how about candy cost for second charge move? It is 50.

The Best Move Sets Owned by Claydol in Pokemon Go

According to Pokemon Go Hub, here are the best move sets which are owned by Claydol in Pokemon Go.

Confusion and Psychic are the best moves for this pokemon when attacking Pokemon in Gyms. The combination of this move has the highest total DPS and it is also the best moveset for PVP battles.

According to the Pokemon Go Hub, here is the Claydol Perfect IV CP Chart.

According to Pokemon Game Info, there are 5 strongest Pokemon that you are able to use to beat Claydol. Those Pokemon are listed below.

Chandelure is a Pokemon which is a Ghost and Fire type pokemon. Chandelure has a max CP of 3695, 182 defense, 271 attack and 155 stamina. Originally, it was able to be found in the Unova region (Gen 5). This pokemon is vulnerable to several type moves such as Ghost, Dark, Rock, Ground and Water.

Lick and Shadow Ball are the best moves for this pokemon when attacking Pokemon in Gyms. The combination of this move has the highest total DPS and for PVP battles, it is also the best moveset. This pokemon has 261 attack, 149 defense and 155 stamina.

Dragapult is a pokemon which is a Dragon and Ghost type Pokemon. It has a max CP of 3993 and 170 defense. It also has 266 attack and 204 stamina. Originally, this pokemon was found in the Galar region (Gen 8). Dragapult is vulnerable to several type moves such as Dragon, Dark, Ghost, Fairy and Ice. 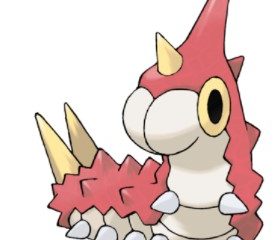